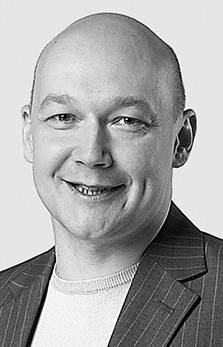 Polish journalist and writer, the author of numerous travel, fantasy, and jorunalistic books. Since 1997 he works for the Gazeta Wyborcza daily, where he writes about mass culture and Internet. He’s an expert in the works of Stanisław Lem. He authored the book Co to są sepulki? Wszystko o Lemie (2007) – an encyclopaedic guide to Lem’s works, as well as Lem’s biography Lem. Życie nie z tej ziemi (2017) and a script to the documentary film by Borys Lankosz Autor Solaris about Lem. He was awarded by the Silesian Fantasy Club with the Śląkfa award for the Publisher of the Year 2008 for publishing a collection of Stanisław Lem’s works by the Agora publishing house.