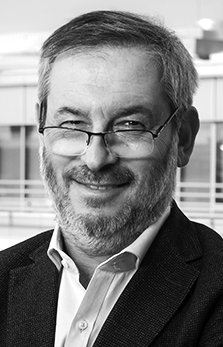 Head of the POLITICO Office in Warsaw. A former Editor-in-Chief of the Polish Forbes monthly (published by Onet-RASP Group). In the past, he was also the chief of Warsaw and Moscow branches of Reuters, Vice-President of the Interfax agency (in charge of English business webportals), and a Member of the Board of ITI. He also worked as a reporter for Associated Press and Reuters.