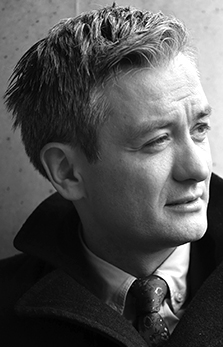 The Mayor of the City of Słupsk since 2014. For many years he has been a consultant for numerous Human Rights organizations, both in Poland and abroad. He is also a co-founder and a long-standing president of the Campaign Against Homophobia. Since 2009, he has acted as the president of the Podkarpacki Institute, which is an organisation focused on the development of civil society. On October 9, 2011, he was elected as a Member of Parliament. He was a vice chairperson of the Justice and Human Rights Committee and a member of the Foreign Affairs Committee. Former member of the Parliamentary Assembly of Council of Europe and General Rapporteur on LGBT people of the Assembly. In the years 2008-2016, he was a member of the Human Rights Advisory Board by the Open Society Foundation. Since 2015 member of the Congress of Local and Regional Authorities of Council of Europe. Since 2016, he has also been a member of the Advisory Group on Gender, Forced Displacement and Protection launched by United Nations High Commissioner for Refugees.