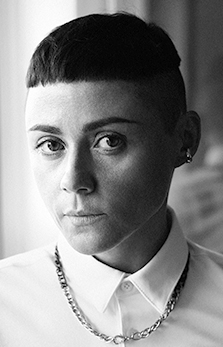 She debuted as an actress in 1993. She performed in the Juliusz Słowacki Theatre in Cracow, Studio Theatre and National Theatre in Warsaw. She appeared in numerous films, tv series, and theatrical plays – including Polish Television Theatre. In 2005, she started her music career and created a music performance and recorder the Miasto mania album. Three years later, she recorded Maria Awaria. Both albums received very positive reviews and thus made Peszek one of the most popular alternative Polish artists. In 2012, she released her third album, Jezus Maria Peszek, which was both an artistic and commercial success. Her music is characterized by controversial lyrics and performances.

Maria Peszek will be one of the speakers during Freedom Games 2017.