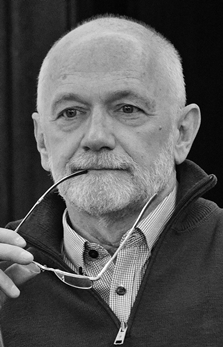 Head of Department of Economy I, SGH Warsaw School of Economics. A full professor at the Warsaw School of Economics (SGH), where he previously got his Ph.D. and habilitation. He has been lecturing and conducting research at SGH since 1984. Currently, Marek Góra teaches macroeconomics, pension economics, and labour economics, health economics and economic policy for graduate and Ph.D. students. Previously, he also taught econometrics and economic forecasting. He is also a visiting professor at the College of Europe (Natolin). During his academic carrier, Marek Góra completed research at the London School of Economics, Erasmus University Rotterdam and Ifo Institute for Economic Research in Munich. Marek Góra is an author of various articles in the fields of pension economics, labour economics, unemployment, labour market policies, and macro and microeconomic problems of the transition in Central and Eastern Europe. Marek Góra also worked with the Directorate for Education Labour and Social Affairs at the OECD (1992-1993). He was Executive Committee member of the European Association of Labour Economists (1990-1997). Marek Góra is the co-author of the design of the Polish pension reform called „Security through Diversity” and the leader of a team of experts who worked on the reform. He also was (until closing down) the Director of the Office of the Government Plenipotentiary for Social Security Reform. Marek Góra keeps working on the Polish reform and at the same time is also involved in pension reform activities in various countries. Together with a number of researchers dealing with pension issues he established the Polish Pension Group – a research platform for various types of co-operation.