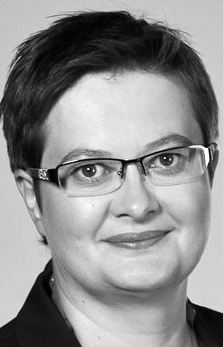 Head of Parliamentary Club of the Nowoczesna party, MP of the VII convocation. Former city councillor in Lodz. Academic lecturer at the University of Lodz. She regularly publishes articles in the Liberte! magazine and since 2014 writes a blog in the domain. She was involved in the Secular School initiative, promoting a civic legislative project in favor of putting a stop to financing lessons of religion from state budget. Apart from that, she is also a member of Institute of Tolerance, which organzied the LUTA project for refugees.