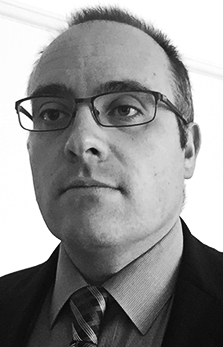 A freelance translator since 2001, after completing his Laurea in Foreign Languages from University of Rome La Sapienza, Italy. His translation career continued over the years alongside a research career, after being awarded a PhD in Translation from the University of Leeds, UK. He is a Reader in Translation Studies at the Centre for Translation Studies, University College London, UK. There, he has directed the MSc in Specialised Translation (2016-2017) and is involved in teaching theoretical concepts of translation, as well as practical and professional aspects of technical and audiovisual translation. Previously, he founded and directed the EMT MA in Translation Studies at Durham University, UK (2008-2014), where he also founded and directed the Centre for Intercultural Mediation. He served as member of the Board of the European Master’s in Translation Network (2011-2014), the initiative supported by the Directorate General for Translation of the European Commission. Together with several articles in journals, he authored “Translation as Stylistic Evolution” (2009), edited “Mediating Emergencies and Conflicts” (2016), “Translating Dialects and Languages of Minorities” (2011), and co-edited “Translators, Interpreters and Cultural Mediators” (2014). His research focuses on the role of translators and interpreters as intercultural mediators and on reception of translated texts . He is involved in a series of projects focusing on the role of translators working in emergencies; he is a member of the EU-funded project INTERACT, International Network on Crisis Translation.