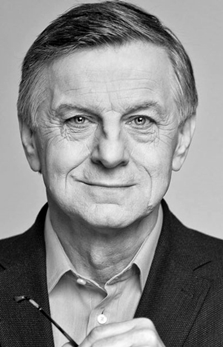 Advisor to President of the Republic of Poland Andrzej Dudada. In the years 2003 – 2006, Professor Zybertowicz was a member of the Committee of Science Studies, and of the Committee of Sociology of the Polish Academy of Sciences. He was in charge of research grants financed by the Polish Committee for Scientific Research KBN and the National Science Centre. Professor Zybertowicz is an author of numerous research publications on political transformation, especially focusing on the dimensions of social life and the sociology of knowledge. He is co-author of the scientific analysis of the role played by the secret services in the process of exit from communism, the first of the kind to be published in the West: Privatizing the Police-State: The Case of Poland. In 2006-2007, he was advisor of the Vetting Commission of Military Intelligence Services. In 2006-2007, he chaired the Programme Committee of the Central Training Centre within the Internal Security Agency. From July to November 2007 he acted as the chief state security advisor to Prime Minister Jaroslaw Kaczynski. From 1 January, 2008, to 10 April, 2010, Professor Zybertowicz worked as a state security adviser to Polish President Lech Kaczynski. In 2009-2010, he was head of Energy Security Team in the Chancellery of the President of Poland. From 2006, Professor Zybertowicz has participated participates in research projects, conferences and seminars of the Polish Internal Security Platform.